Argentina, Brazil and Mexico, to name just a few, offer their citizens around 15 paid days off per year and paid holidays. While in the United States, by law, employers do not have this obligation. This is due to the Fair Work Standards Act. This rule, passed in 1938, regulates the maximum weekly hours of work, overtime , the minimum wage and child labor, but makes no mention of paid time off. 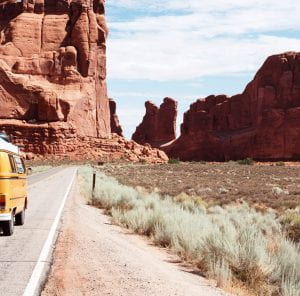 PTO
Vacation days in the United States, commonly called PTO ( Paid Time Off ) here, are much more difficult to get than in Latin America. There are a few factors that will depend on whether we get them or not. It is one of the many realities to which we will have to adapt. Vacation days in Latin America are something that is taken for granted, it is relatively common, no matter how good or bad the job we have. The US is the only developed country that considers paid time off a benefit and not a right. In other words, it is not a right, it is something that will be possible to negotiate with the employer.

Competition
One of the factors that most influence this difference between the US and Latin America is the fierce competition that exists in this country. The United States is a highly competitive market. There are many jobs, many opportunities, but there are also many candidates. There is no safe job here. With the mere exception of those who work for the State, who generally have a little more stability . In general terms, if the company we work for decides that we are no longer useful to them, they can fire us without major complications.

Unions
The fact that, today, unions do not have much influence in this country, is closely related to all this that we tell you in this article. The history of unions and organized labor in the United States is very rich. But for different reasons, over the last 60 years, the presence of these organizations has been reduced until reaching the current situation. In which a large part of the employees in this country are not unionized. Therefore they cannot fight for their rights in an organized way. This lack of organization makes it much more difficult for workers to negotiate working conditions with corporations.
How does it work?

Decisions about vacation time and payment in the United States, sick days and holidays, are at the mercy of the relationship we have with our employer and what we can negotiate. It’s true that many American companies give their employees 5 to 15 paid days off a year, according to an analysis by the Center for American Economic and Policy Research . The same study reveals that a quarter of private sector workers do not have paid vacations.
lunch and break

In the United States, as in almost any country, it is possible to work full-time or part-time . Also, as in most of the world, the full working day is 40 hours per week. The partial varies, it is generally from 20 to 30 hours per week. In most cases, work hours here are from 9AM to 6PM, with an hour for lunch and a couple breaks of 15-minute This will be respected or not, depending on the style of the company. As we mentioned before, companies are not required by law to provide any of these alternatives.